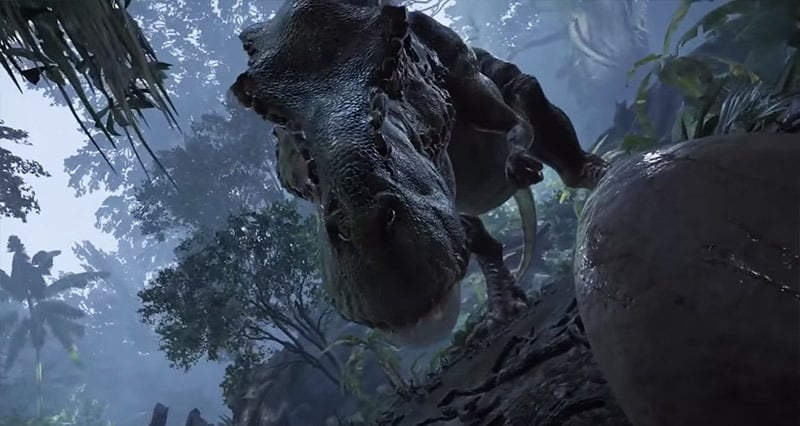 Piper Jaffray senior analyst Gene Munster forecasts sales of virtual reality headsets will grow from 12.2 million in 2016 to 100.2 million by 2020. That gives game developers a huge audience to tap into. Today, there are over 30 million Sony SNE -0.42% PlayStation 4 consoles in the market, all capable of running the new PlayStation VR. Munster believes approximately 10% of current PCs will be able to run virtual reality platforms like HTC Live and Facebook FB -0.51% -owned Oculus Rift out of the box, with another 10% requiring a $300 graphics card upgrade.

With over 50 games in development for PlayStation VR and dozens in production for Oculus Rift and HTC Live, there will be plenty of new content for gamers. Here’s a list of 10 virtual reality games to look out for in 2016.

The German studio behind the original Far Cry, Warface, and Crysis franchises know first-person shooters well. That experience and the company’s CryEngine technology come into play with the Sony-exclusive dinosaur action game Robinson: The Journey. The player takes control of a young boy who’s crash-landed on a planet that’s inhabited by dinosaurs of all shapes and sizes. It’s a full-blown game that’s sprouted from the studio’s Back to Dinosaur Island tech demos, and it has the potential to be the type of killer app that Sony needs to sell its new headset. Jurassic World proved that everyone still loves dinosaurs running amok. This game strands players on an entire planet filled with these prehistoric creatures Page Papi.

Double Fine Productions has indie street cred and a reputation for delivering original games. Psychonauts is one of its more popular franchises, as evidenced by the over $1.5 million in crowdfunding that Psychonauts 2 raised in 24 hours on Fig. This virtual reality game will bridge the story of those two games. As Raz searches for Truman Zanotto, the player can jump from his perspective into other people’s minds. Raz has access to his full arsenal of psychic powers like telekinesis and pyrokinesis, opening new gameplay opportunities in virtual reality.

Tetsuya Mizuguchi, the creator of the original Rez game in 2001, always imagined his game as a virtual reality experience. Fast forward to 2016, and gamers will be able to play a completely overhauled Rez Infinite that delivers on that VR promise. The concept is simple enough. The player controls a floating avatar and shoots musical lasers at geometric robots to the beat of techno as the game explores colorful and trippy tunnels. The camera floats around from behind, allowing the player to enjoy the ride and the beat. Music games are powerful virtual reality experiences, and this one is fun and important for Sony.

Sony Worldwide Studios developers around the globe are exploring virtual reality. A team at Sony Santa Monica Studio has gone retro with this very different take on zombies.