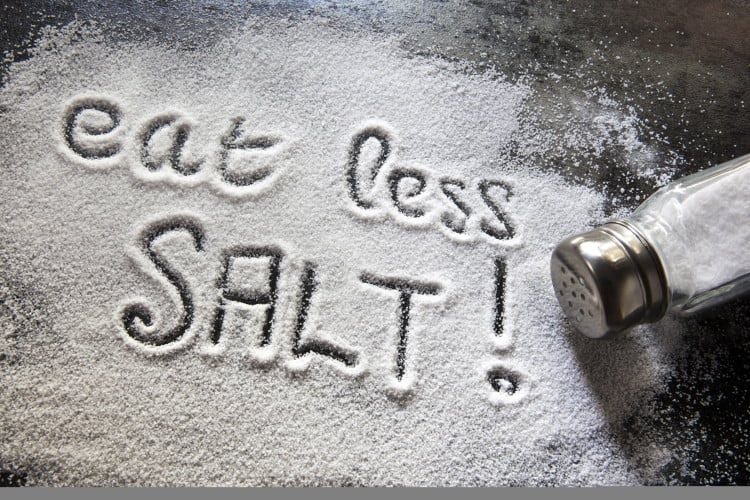 Fad diets may come and go but limiting sodium intake is a constant in maintaining a healthy lifestyle. Unfortunately, contrary to what marketing efforts may lead you to believe, the food industry is in business for the sole purpose of making money. Because words like “natural” and “skinny” are loosely regulated, it’s easy to be led astray. In fact, there are several foods high in salt that don’t even taste salty! Why? Because no one wants their baked goods tasting salty, so the answer is to cover the taste with, in most cases, even more sugar. Don’t fall victim to America’s poorly regulated food system; check food labels next time you consider throwing these seven items in your supermarket cart.

Even if you’re not on a low-carb diet, you might want to reconsider New York’s signature dough or, at the very least, opt for a flag. A plain bagel has an average of about 500 milligrams of sodium (or about a quarter of what the average person should consume in a day). And that’s just for the plain kind! Egg, cheese, and everything bagels are just a few of the other varieties that pack even more salt — and that’s before your salty schmear of cream cheese.

If you’re concerned about your overall health — as we all should be — pick up a copy of Salt Sugar Fat: How the Food Giants Hooked Us. In it, you’ll find a detailed account about how packaged baked goods — including cookies, cakes, pastries, and doughnuts — are not only packed with the obvious things most of us want to curtail (sugar and carbs) but they’re also loaded with salt. Not only is salt added to entice taste buds to crave more of these unhealthy foods, but it’s often used as a cheap preservative.

There’s a reason you often get really thirsty after eating pizza — tomato sauce tends to be loaded not only with sugar but salt. We’re talking up to 670 milligrams of sodium per serving. Ditto for marinades and salad dressings, which can contain anywhere from 230 to 550 milligrams per serving. It’s relatively easy to make most everyday sauces from scratch; for example, make your own tomato sauce by simply combining stewed tomatoes with garlic, basil, and oregano. If that’s not an option, opt for salt-free sauces when possible. 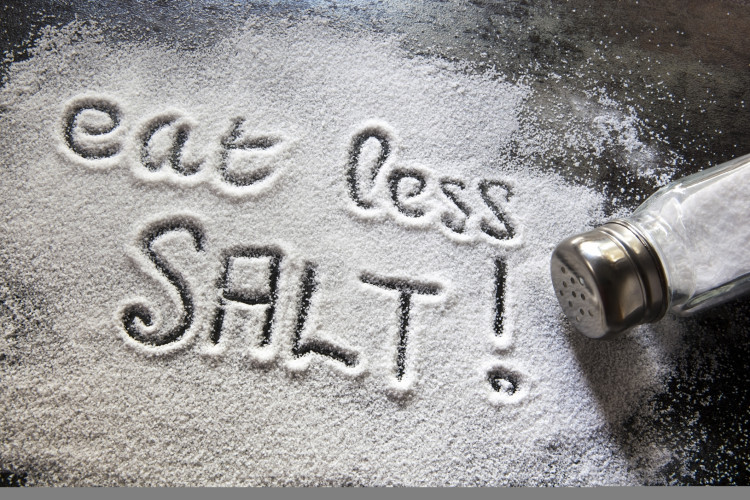 Eating fresh produce can get expensive, but just because you’re on a budget doesn’t mean it can’t be done. Canned vegetables are packed with sodium; for example, SFGate notes that a 1-cup serving of canned green beans contains 376 milligrams of sodium. Instead of opting for canned vegetables, opt for sodium-free frozen vegetables. In fact, unless you’re getting your veggies straight from your local farm, frozen ones are actually the healthier option since they’re frozen shortly after harvest at their peak nutritional ripeness. The produce you’ll find at, for example, Whole Foods, on the other hand, will have likely lost some nutrients during transport and storage.

Nuts and seeds are a healthy addition to most people’s diets, but they tend to be hard to consume in moderation, especially when salt is in the mix; one serving of almonds, for example, is just 23 almonds. Always opt for salt-free nuts, seeds, and trail mixes.

Hot chocolate is one of the last places you’d expect to see salt, but most instant options have 5% to 8% of your daily limit per serving. Combine that salt level with about 20 grams of sugar, and it’s little wonder few people can stop themselves after a couple of sips. Make your own low-sugar, low-calorie, low-sodium hot chocolate by combining 70% dark cocoa powder with sugar-free almond milk.

As far as calcium and protein sources go, cottage cheese delivers, but at what cost? A ½-cup serving of 1% cottage cheese can contain 400 milligrams of sodium. Look for no-salt-added options, or go for sugar-free plain Greek yogurt instead of Wide News.