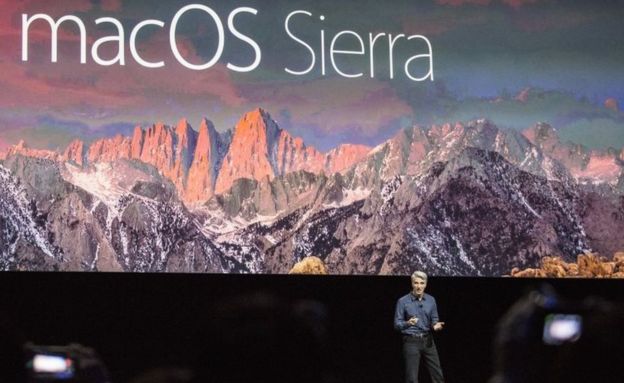 Apple has announced Page Design Web that it brings its virtual assistant Siri to the next Mac operating system. It can be used to find information on its computers, carry out web searches and send messages to acquaintances. The move lets the firm catch up with Microsoft, which offers a similar facility – Cortana – on Windows 10.

Apple also announced it would be opening up Siri on its iOS mobile operating system to third-party apps. The firm’s software chief Craig Federighi said that meant iPhone and iPad users would soon be able to send Whatsapp messages or book Uber cars via voice commands. One expert said the tool had been due to a makeover. “Siri had changed very little since it was acquired by Apple and added to iOS in 2011,” said Ian Fogg from the tech consultancy IHS. “In that time, Amazon and Google have dramatically improved their equivalent voice agents. So, Siri had fallen behind by comparison.” Apple’s TV set-top box version of the artificial intelligence tool is also being improved to let people search YouTube clips by speaking into its remote.

The announcements were made at the tech giant’s Worldwide Developers Conference (WWDC) in San Francisco. In April, Apple posted its first year-on-year drop in sales since 2003. Its second-quarter net profit was also 22% lower than that of the previous year due to reduced demand for its iPhones, iPads, and Mac computers. Revenue from its App Store was, however, higher.

Apple’s Messages app has also been given a major overhaul. It has been opened up to third-party developers. Given examples of what they can add to the program included animated stickers, money-transfer services, and stripped-back tools from other apps – a food-ordering page was demoed. This idea is also being pursued by other messaging services, including Facebook’s Messenger, Google’s Allo, and Tencent’s WeChat.

Apple is, however, seeking to distinguish its own software by giving users more control over how their messages are animated on the screen and introducing an Emojify tool. It scans typed-in text to flag words that can be changed into smileys and other ideograms. “Opening iMessage to developers and the introduction of new features will be key to driving engagement in the face of fearsome competition in the messaging space,” said Geoff Blaber from the CCS Insight consultancy. “But, ironically, small touches like enhanced messaging and emojis could have the biggest impact.” Older users might be more impressed with a new function that automatically transcribes voicemail.

Other announcements at WWDC included a revamp of the company’s music streaming service. Apple Music has been criticized for having a confusing user interface – a point the firm’s services chief Eddy Cue acknowledged when he described the new version as being “more intuitive”. The software now features a simplified design with large headings and shelves a section. ““Apple is used to going into markets a little late with something better than its rivals, but it didn’t do that with the original Apple Music,” commented Mark Mulligan from Media Research. The firm also revealed that its payments facility, Apple Pay, would be extended to the web.

This will allow users to authorize payments at online stores’ checkouts by authenticating their IDs via their iPhones or Watches rather than type in their credit card details. “This brings better than chip-and-pin levels of security to online transactions, which is important to merchants, and it’s convenient, which is important to consumers,” said Dave Birch from research firm Consult Hyperion.