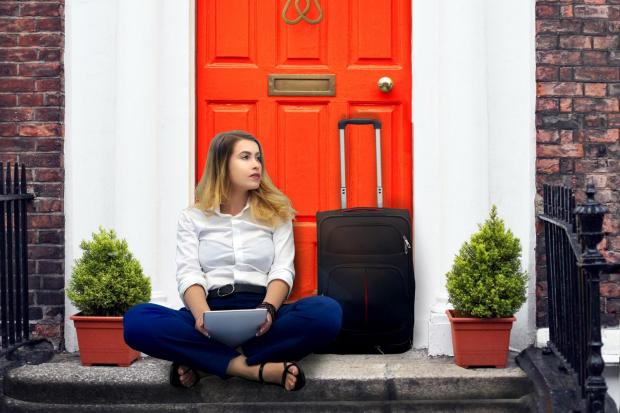 Mark recently moved into a flatshare in Spitalfields. He found his place on SpareRoom, but another room in the flat is let through Airbnb. “My flatmate has a long-term contract for the whole three-bed flat which he can’t get out of, so he sublets the other two rooms,” says Mark, who is a financial analyst. “He tends not to tell me about it, which is annoying, particularly when they show up at 2 am.” Even once the temporary tenants arrive, the early-hours wake-up calls don’t stop. “The last guy went out every night and woke us all up each time he came back,” Mark says. “We have a couple at the moment who didn’t realize they’d be sleeping in our lounge/kitchen and were bemused when we strolled into ‘their’ room to cook.”

Mark’s situation is not unusual. Airbnb used to be a cheaper and more authentic alternative to sterile hotels. But now that letting out your room is as quick and easy as ordering a Deliveroo burrito, we’re all part of the sharing economy. Like Uber, Airbnb’s anyone-can-have-a-go, the disruptive approach has transformed the way our capital operates. Where other cities, including Paris and New York, have panicked at the prospect of change, clamping down on the sharing economy and imposing hefty fines, London has remained open for business.

The influence of Airbnb and other short-term let sites in London has boomed. According to a report last month by the Residential Landlords Association (RLA), between February and June this year, London listings have risen by 27 percent to 42,646. However, Airbnb disputes the data cited in the report as “misleading.”

But the rise has been so fast that there is confusion over the rules of short-term letting among users of sites such as Airbnb and authorities alike. This week the Upper Tribunal’s Land Chamber ruled that homeowners whose leases state that their properties can be used as “private residence only” cannot rent out their homes short-term if they don’t live there with “a degree of permanence going beyond being there for a weekend or a few nights in the week.” The ruling was based on a specific lease, rather than an umbrella ruling affecting all short-term lets: a north Londoner, Iveta Nemcova, who was renting out her property on several flat-sharing sites and only staying in the apartment three or four days a week. The judge decided this didn’t constitute a permanent residence and was therefore in breach of her lease.

For the past 18 months, Londoners have been allowed to rent their properties for short-term periods of up to 90 cumulative days without needing any planning permission. The legislation is new and so far fairly untested, but failure to get the proper permissions could lead to fines of up to £20,000. Airbnb insists that it does all it can to inform hosts about local regulations. “We remind hosts to check and follow local rules before they list their space, throughout the year and at host meet-ups,” says Pete Huntingford, Airbnb’s head of public affairs.