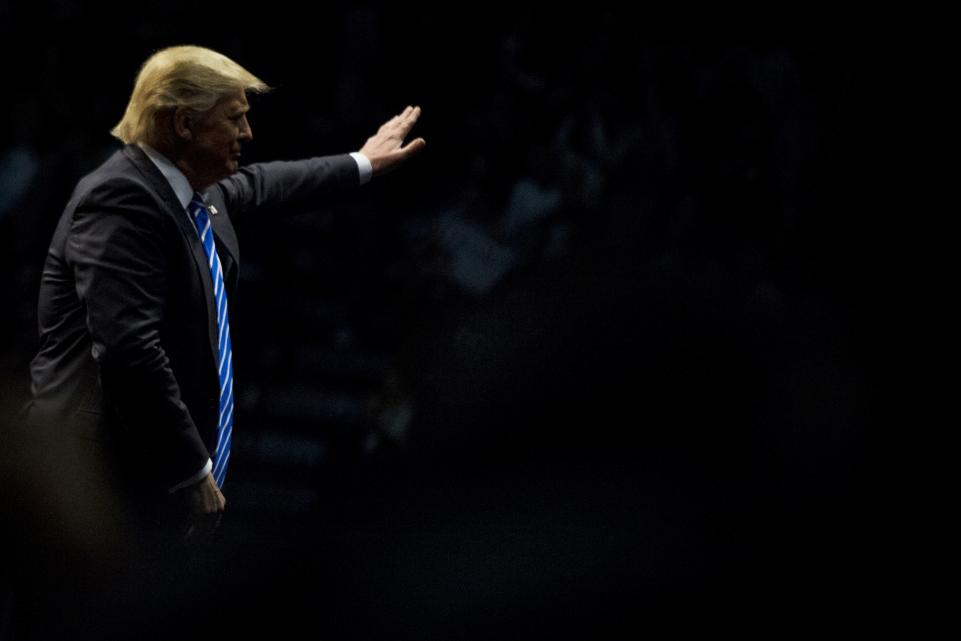 If Donald Trump is elected president, will he and his family permanently sever all connections to the Trump Organization, a sprawling business empire that has spread a secretive financial web worldwide? Or will Trump instead choose to be the most conflicted president in American history, one whose business interests will constantly jeopardize the security of the United States?

Throughout this campaign, the Trump Organization, which pumps potentially hundreds of millions of dollars into the Trump family’s bank accounts each year, has been largely ignored. As a private enterprise, its businesses, partners, and investors are hidden from public view, even though they are the very people who could be enriched by—or will further enrich—Trump and his family if he wins the presidency.

Summary show
Try Newsweek for only $1.25 per week
READ MORE :
The Mumbai Shuffle

A close examination by Newsweek of the Trump Organization, including confidential interviews with business executives and some of its international partners, reveals an enterprise with deep ties to global financiers, foreign politicians, and even criminals. However, there is no evidence the Trump Organization has engaged in any illegal activities. It also reveals a web of contractual entanglements that could not be just canceled. If Trump moves into the White House and his family continues to benefit from the company, during or even after his presidency, almost every foreign policy decision he makes will raise serious conflicts of interest and ethical quagmires.

The Trump Organization is not like the Bill, Hillary & Chelsea Clinton Foundation, the charitable enterprise that has been the subject of intense scrutiny about possible conflicts for the Democratic presidential nominee. There are allegations that Hillary Clinton bestowed benefits on contributors to the foundation in some “pay to play” scandal when she was secretary of state, but that makes no sense because there was no “pay.” Money contributed to the foundation was publicly disclosed and charitable efforts, such as fighting neglected tropical diseases that infect as many as a billion people. The financials audited by PricewaterhouseCoopers, the global independent accounting company, and the foundation’s tax filings show that about 90 percent of the money it raised went to its charitable programs. (Trump surrogates have falsely claimed that it was only 10 percent and that the rest was used as a Clinton “slush fund.”)

No member of the Clinton family received any cash from the foundation, nor did it finance any political campaigns. In fact, like the Clintons, almost the entire board of directors works for free. On the other hand, the Trump family rakes in untold millions of dollars from the Trump Organization every year. Much of that comes from deals with international financiers and developers, many of whom have been tied to controversial and even illegal activities. None of Trump’s overseas contractual business relationships examined by Newsweek were revealed in his campaign’s financial filings with the Federal Election Commission, nor was the amount paid to him by his foreign partners. (The Trump campaign did not respond to a request for the names of all foreign entities in a partnership or contractually tied to the Trump Organization.) Trump’s financial filings also indicate he is a shareholder or beneficiary of several overseas entities, including Excel Venture LLC in the French West Indies and Care business Investments SRL, based in the Dominican Republic, one of the world’s tax-havens.