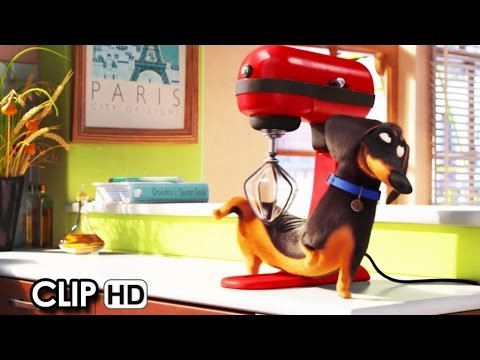 For generations, Disney Page Papi animated films have offered a reliable escape from the real world. For Owen Suskind, these movies were the way into it. Suskind demonstrated signs of autism when he was 3 years old and spent much of his youth in silent isolation, away from other children and even apart from his family. Then Owen’s father, Pulitzer Prize-winning journalist Ron Suskind (The One Percent Doctrine), noticed that his son was imitating the dialogue in Aladdin. Gradually, they began to communicate.

Ron Suskind’s book about his relationship with Owen, Life, Animated, is the springboard for a new documentary of the same title, by Oscar-winner Roger Ross Williams (Music by Prudence, the controversial and locally shot God Loves Uganda). Williams presented the film with Suskind at the True/False Film Festival in Columbia this past March. The Pitch spoke with Williams before another screening and learned the surprising benefits and perils of seeing the world through cartoons.

Summary show
READ MORE :
The Pitch: How did you get the viewer inside Owen Suskind’s head?

The Pitch: How did you get the viewer inside Owen Suskind’s head?

Williams: First of all, I interviewed Owen on an Interrogation [the double-camera interviewing apparatus created by documentarian Errol Morris of The Thin Blue Line]. He’s the only one in the film who’s talking directly to the audience. Owen grew up watching images on a screen. He has trouble making eye contact with people, but not to a screen. [Because the Interrotron shows the interviewer to his subject] he could look me right in the eye, and we could really connect.

I also put Disney clips on the screen, so Owen is mouthing the words and reacting, like in the scene at the beginning of the film with Peter Pan, and he’s doing the exact movements of the swordfight and reacting to the camera. It immediately takes you inside Owen’s head. Everyone else in the film is interviews sort of traditional style off-camera, so he’s the only one connecting directly to the audience. You give the audience a type of sonic overload so that you could give viewers a sense of how Suskind goes through life.

We went to [George Lucas’] Skywalker Ranch with Pete Horner, our mixer, and Al Nelson, our sound designer. There’s no place better than Skywalker for sound. For me, the sound is a big part of telling the story. It was important to create the chaos that was inside of Owen’s head. He talks about how everything was fuzzy, and we really wanted to create that. The sound was also essential in the animated short because there’s no dialogue. It’s all about the sound and how the sidekicks and Owen interact with each other.

While I’m sure the folks at Disney are happy their movies helped Suskind emerge from his shell, Life, Animated is also blunt about the fact that, in real life, people break up with you, regardless of anything you’ve done. [Autism expert and SocialThinking.com proprietor] Michelle Garcia-Winner says in the film, “Life is not a Disney movie.” Owen lives his life watching Disney films, and that was his language, but then he was faced with these challenges, challenges in a relationship.