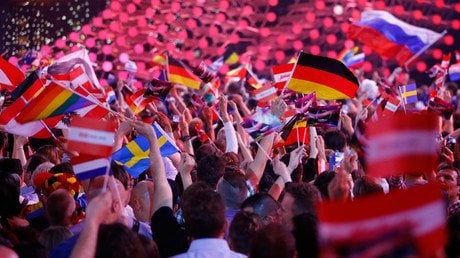 If prizes were going for hypocrisy, Wide Info, then the International Paralympic Committee would surely be strong contenders for the gold medal. The IPC has slammed Belarus after its team committed the crime of – wait for it – holding up a Russian flag at the Paralympics opening ceremony in Rio. The official who carried the flag, Mr. Andrey Fomochkin, has had his accreditation rescinded. The IPC said that it would remind Belarus that “political protests are forbidden at the Paralympic Games.” What a load of humbug. For it was political games by the IPC that got Russia banned from the event in the first place.

The Committee, lest we forget, imposed a harsh and unjustified blanket ban on all 267 Russian Paralympians from competing in Rio (even though no individual has been publicly named as a drug cheat, and forbade Russian Paralympians from competing under a neutral banner at the games. Politics, it seems, is not allowed at the Paralympics – unless it’s anti-Russian politics – in which case it’s not only fine but obligatory Stump Blog. This isn’t the only time in 2016 we’ve seen different standards applied to ‘political protests’. In May, we had the utterly farcical Eurovision Song Contest. The Ukrainian entry ‘1944’, a song about Stalin’s forced deportations, clearly breached the competition’s own rules, which state: “No lyrics, speeches, gestures of a political or similar nature shall be permitted during the Eurovision Song Contest.”

Yet despite this, Jamal was allowed to perform her composition by the European Broadcasting Union. In February, I predicted: “If Jamal is allowed to sing the song she “just had to write,” in contravention of the Eurovision rules, then it’ll be championed by all Russia bashers on the continent. We’ll all be under pressure to give the song ‘Douze Points’ to show our ‘solidarity with Ukraine.”

Summary show
READ MORE :
“2014 Gaza, two-thirds of the victims were civilians, including more than 500 children.”

And that is, of course, exactly what happened. Although the Russian entry won the popular vote, juries of ‘music industry professionals’ in ‘NATOland’ helped push Jamaal over the finishing line. Jamal was enthusiastically promoted by the CIA-founded US propaganda network RFE/RL, and when she won, NATO tweeted a YouTube profile on her they had made in 2015. But of course, Eurovision 2016 wasn’t at all political, folks! Compare what happened to Jamal (feted by RFE/RL and NATO) to another female singer, the Hungarian artist Boogie, who entered a song for Eurovision called ‘Wars for nothing’ in 2015. This song won the Hungarian national heat but then got into trouble, not because of its lyrics – but because one of the captions in the song’s video contained the words

“2014 Gaza, two-thirds of the victims were civilians, including more than 500 children.”

As I noted earlier this year: “Israel wasn’t mentioned by name, and the song clearly was about commemorating all the innocent victims of war. But that didn’t stop the Israeli Ambassador to Hungary from complaining to Hungary’s broadcasting authority, with the result that the ‘offending’ words in the video were removed.” I’m sure if the ‘offending’ words involved Russia or Stalin, there wouldn’t have been such a big a problem. I’m also very sure that if Serbia submitted an entry next year called ‘1999’- about the illegal US-led bombing of Yugoslavia carried out that year (perhaps describing how a NATO airstrike killed 14 people on a passenger train at Grdelica, the EBU’s [European Broadcasting Union]‘No Politics’ rule would be applied rather more strictly than it was in the case of Jamal. Needless to say, Boogie – the co-composer and performer of ’Wars for Nothing’, was not profiled on YouTube by NATO; neither was she promoted by RFE/RL…