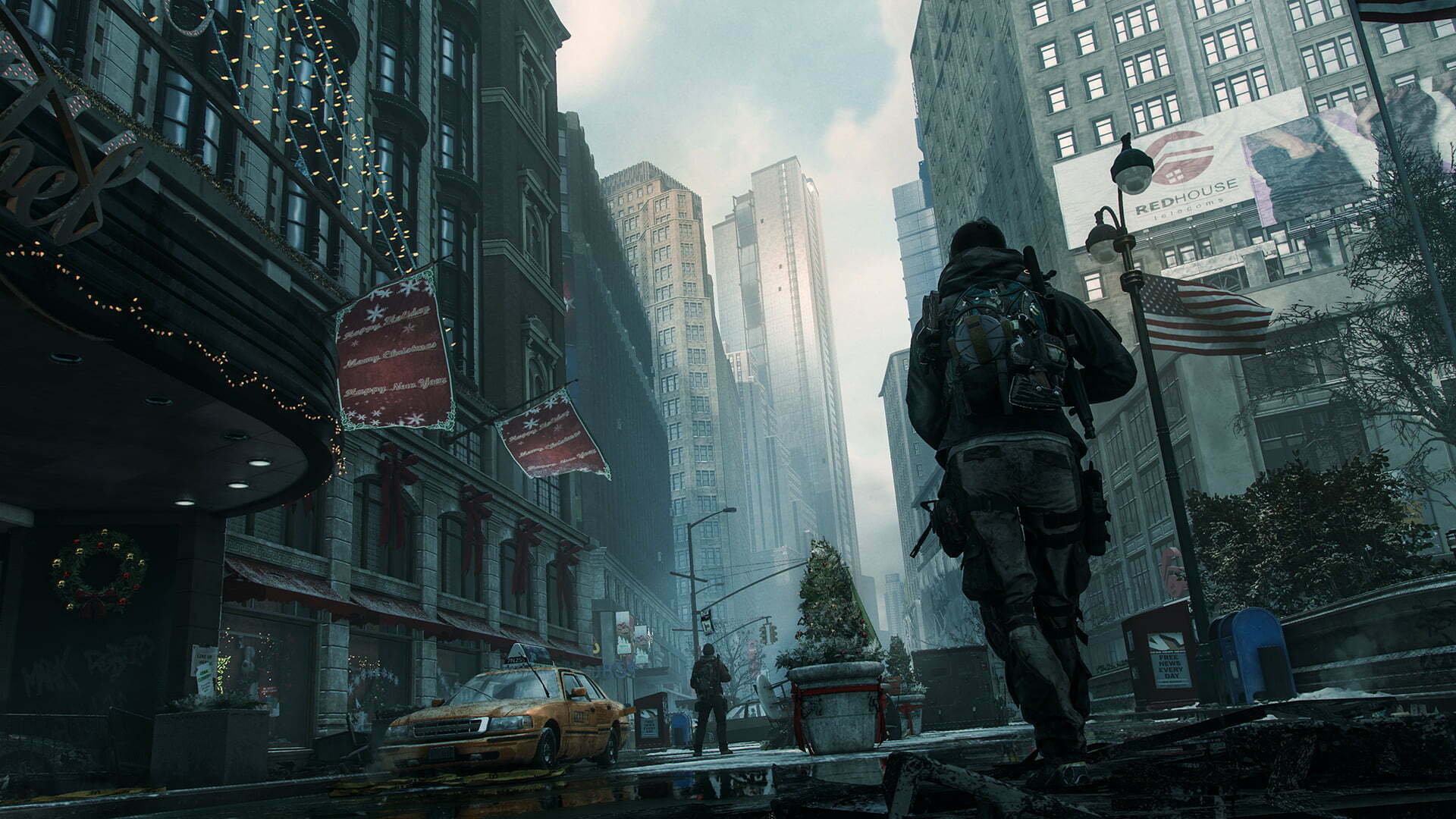 Understand that I don’t think The Division is a bad game. I’ve enjoyed playing it, and it delivers on the tactical pop n’ shoot format. It’s overall fun, and the option to match up with other players at a mission’s start point should be the new gold standard for this sort of thing. I can’t deny The Division has a solid frame gameplay-wise. The superstructure is not the issue. The problem comes when you take these RPG bones and try to put Clancy muscles on them. As we’ve discussed before, game mechanics tell stories of their own, and when you deploy them into a new setting, the rules may not fit that world. Take Far Cry: Primal, for example. It brought its hunter-gatherer mechanics to an ancient setting that (mostly) made sense for them. The Division isn’t so insightful.

Overall, Tom Clancy games are about tactics and leverage — they reward players who have a plan. But planning an assault is largely dependent on gameplay structures where a headshot kills instantly, and that’s the antithesis of RPG mechanics. Headshots down low-level enemies in The Division, but past Level 15, every guy with a Louisville Slugger becomes a bullet sponge, and elite enemies brush off shrapnel like rice at a wedding. Tactical planning’s hard when a boss can survive 15 sniper rifle headshots, two grenades, and turret fire. I get it — that’s just what RPGs do — but in gritty New York, it feels laughable. That strange gulf between tone and mechanics makes it hard to take The Division seriously, and unfortunately, taking stuff seriously is the main appeal of Clancy novels.

Clancy built his reputation on plausibility. Readers picked up his novels primarily because they seemed like they could actually happen. Say what you will of him as a writer, but the man did his research. Clancy never hand-waved technical details or made stuff up as he went along. When he researched Red Storm Rising, he constructed intricate war games to simulate a NATO-Soviet clash and played through them with friends from the Naval War College. His passion for schematics and reports went so deep that he seemed more interested in writing nonfiction than novels toward the end of his life.

That’s a long way of saying that Clancy showed his work. He wasn’t right all the time, of course, and some novels did contain personal bias, stereotyping, and patently absurd scenarios. But when Clancy overreached, he provided a chain of reasoning for that overreach. He explored consequences. If he manufactured a laughable conflict between the U.S. and Japan, then dammit, he’d make sure it was the most technically plausible absurd U.S.-Japanese war you’ve ever read.