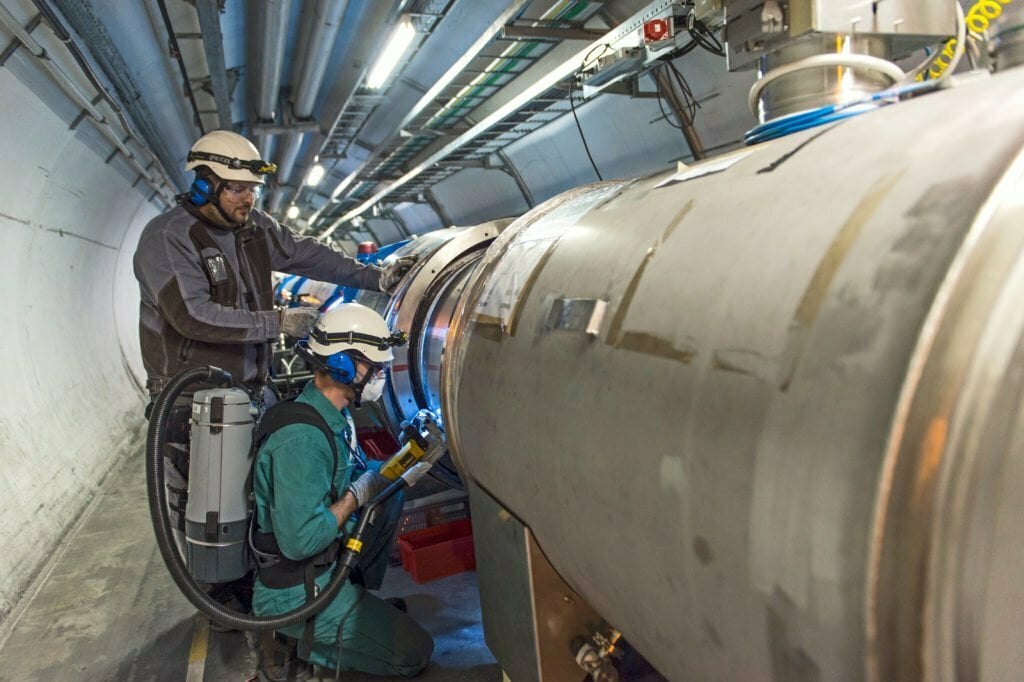 ON HIS PHYSICS-INSIDER blog, Web Posting Mart Résonaances, theorist Adam Falkowski titled his latest post “After The Hangover.” He’s not talking about a party. He’s talking about particle physics—and the decline and fall of this year’s most-exciting-discovery-that-was-not.

On July 29, Falkowski declared what CERN, the European organization that runs the Large Hadron Collider, hasn’t yet: The Standard-Model-busting maybe-particle has left physicists breathless since September actually isn’t busting anything. Because it’s not a particle, it’s just math, misbehaving. What appeared to be the signature of a brand-new thing was random fluctuations adding up in just the right way.

To make discoveries in particle physics, scientists have to accumulate lots of data. That data adds together, and tiny bumps that appear in the beginning can grow and gather significance. Or they can shrink. Particle physicists usually wait to declare a discovery until their results reach “five-sigma” confidence: If they did the same experiment 3.5 million times, they would see this result by chance just once Pressography.

But there’s a lot of lead-up to that five-sigma mark. And in that lead-up, physicists don’t just sit back in silence, wait, and wonder. They’re analyzing the data, theorizing about it. And gossiping about it—on Facebook, Twitter, blogs. Their murmurs usually make it into the wider world ahead of official announcements. The situation soon became clear within this physics rumor mill: The LHC’s data was a fluke. But CERN wasn’t saying anything. Falkowski thought people should know. So he decided to tell them ahead of schedule—“schedule” being a session and press event at the International Conference on High Energy Physics taking place in Chicago on Friday.

Inside the Large Hadron Collider, physicists smash small particles together. These break apart, spreading subatomic debris and energy. Detectors catch the ultimate results of the collisions, and scientists work backward to understand the particle chain that begat them. So far, physicists have only found particles predicted by the Standard Model, a framework developed in the 1970s. But this model has holes, and scientists are pretty sure it can’t be the whole story. They all cross their fingers that the LHC will discover something new, which will confuse them and lead them toward a more complicated understanding of the universe.

So they were thrilled when a December 15 presentation showed strange data from the LHC’s ATLAS and CMS detectors: an excess of photon pairs with energies of 750 gigaelectronvolts (GeV). They called it “the diphoton excess.” It wasn’t statistically significant, but it looked promising. It might have represented a particle six times more massive than the Higgs boson. Particle physicists got so psyched that they published 531 papers about it (isn’t that what you do when you’re psyched?). And they conversed.

“People talk,” says Falkowski. They tweet. They send emails. Theorists are married to experimentalists, ergo particle-physics pillow talk. Falkowski says there is, in fact, a secret Facebook group that I am not allowed to join where physicists go precisely to discuss scientific rumors. Falkowski watched his peers’ excitement, which mirrored his own. He published his own papers and chronicled the saga on Résonaances, whose readership he estimates is 50 percent physicists. Previous posts on the same topic had the heads “Game of Thrones: 750 GeV edition” and “750 ways to leave your lover.”