The S&P 500 (SNPINDEX:^GSPC) and the Dow Jones Industrial Average(DJINDICES:^DJI) tumbled on Friday, finishing the week down by 2.2% and 2.39%, respectively. The driving force behind the declines seems to have been Boston Federal Reserve Bank President Eric Rosengren’s comments that the central bank could soon increase interest rates. With this as our backdrop, let’s take a look at a few companies that made big moves or big headlines this past week.

The Apple effect is real.

Apple (NASDAQ: AAPL) is Travel Knowledge, a massive company. Thanks to the business it offers suppliers or other companies that contribute to Apple products, news that a new company has come on board is often a surging stock price for the company involved. During Apple’s presentation on Wednesday, when it revealed the iPhone 7, it also announced that Nintendo (NASDAQOTH: NTDOY) would bring a game called Super Mario Run to iOS — a surprise that sent Nintendo’s stock price surging nearly 30% initially. 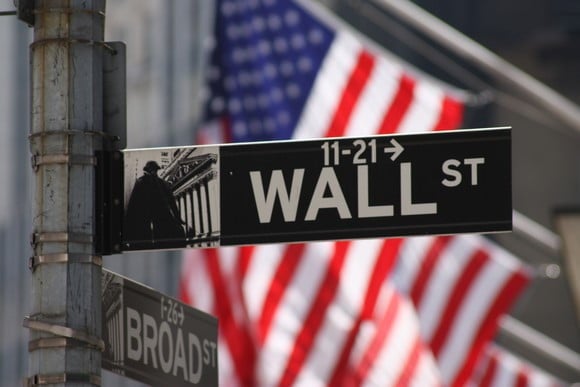 While much of the hype surrounding Nintendo recently has been its Pokemon Go game, which management has noted wouldn’t meaningfully improve its bottom line, this is a great step for Nintendo to cash in on the valuable intellectual property that Mario represents. As it stands, Super Mario Run will be debuting on Apple’s iPhone and iPad this December, with a portion of the game available for free and options to purchase more game content.

Nintendo has often been an afterthought in the console wars. But working toward a future where mobile gaming can generate more of the company’s top and bottom lines is a good move for investors.

Is Volkswagen a hero or a zero?

Volkswagen Group has been shunned by investors, analysts, and consumers thanks to its diesel emissions scandal — and for a good reason. The company installed devices to make sure its diesel vehicles passed emissions tests when they otherwise couldn’t. Many of us think of Volkswagen’s passenger cars as its sole business, but the company also operates a commercial truck division. Its Volkswagen Truck and Bus division made headlines this week because it made a $256 million investment in Navistar International Corporation(NYSE: NAV)— which is helping the latter step away from the edge of potential bankruptcy.

The deal gives Volkswagen a 16.6% stake in Navistar and appoints two directors to the company’s board of directors. Volkswagen also must hold on to the shares for at least three years. Volkswagen hopes that its investment in Navistar will give the truck and bus division a foothold in the U.S., using Navistar’s dealership network, which has long eluded the automaker.

On the flip side, Navistar investors are hopeful that Volkswagen supplying the company’s diesel engines can put Navistar back on track after it invested billions into a diesel engine that failed to attain approval U.S. Environmental Protection Agency. The partnership and potential full merger down the road are expected to generate at least $200 million in savings annually in the near term. Thus, far from how the general public now perceives Volkswagen, the partnership transforms the German automaker into a hero in the eyes of Navistar shareholders.