Graham Cartledge is chairman of architectural practice Benoy, founded in Newark but now a global practice employing more than 500. It has a turnover of about £55 million. Joining in 1974, he became chairman in 1992. The multi-awarding winning firm has designed cutting-edge projects in China, Singapore, Hong Kong, Abu Dhabi, and the UK. Vice-chairman of the China-Britain Business Council, he is also an adviser to the UK India Business Council. He sits on the advisory panel of the UK-ASEAN (Association of Southeast Asian Nations) Business Council. Mr. Cartledge was made a CBE in 2008 for services to architecture.

Ashley Cowdrey is a director at Couch Perry Wilkes, managing the East Midlands offices in Nottingham, Leicester, and Derby. The company is a mechanical, electrical, and low carbon consultancy to the construction industry, specializing in making new and refurbished buildings energy efficient and ensuring they are comfortable environments to work, rest and play in. Ashley started his career by doing a four-year apprenticeship with a contracting company. This included a day release course at Nottingham Trent University., studying for my HND in building services engineering. He moved to Couch Perry Wilkes in 1996, where he has been for 20 years, starting at its Birmingham office. He opened the firm’s first regional office in Nottingham in 2003. The firm has since grown from a start-up with four staff to have more than 30 staff across the four offices. 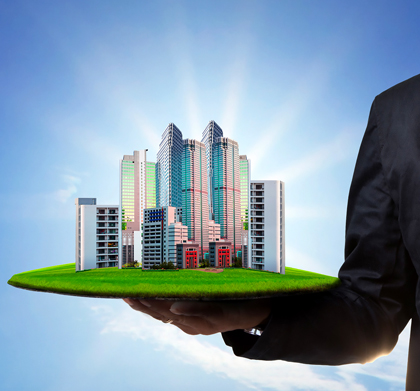 Nick Ebbs is chief executive of Blueprint, a company owned by Aviva Investors’ Igloo Regeneration Fund and Nottingham City Council, specializing in developing sustainable homes and workspaces. Schemes include the redevelopment of Trent Basin for sustainable housing. He has more than 30 years of development experience working extensively on inner-city renewal and coalfield renaissance projects. A chartered surveyor, he read theology at Southampton University and later became a founder partner of Nottingham commercial property specialists Innes England. Mr. Ebbs has served as a special professor of sustainable development at the school of architecture and the built environment at Nottingham University and is an external examiner at Nottingham Trent University. A board member of Broadway Cinema, Nottingham Contemporary, a non-executive director of Derwent Living and Centre place Investments; he has been nominated to become High Sheriff of Notts in 2018/19.

Paul Gratton is at the head of the fourth largest auction house in the UK and the biggest outside London. This year, his company bought CP Bigwood and Graham Penny Auctions in Wheeler Gate. The Graham Penny deal doubled annual sales to more than £160 million and increased its Nottingham workforce by 50 staff to 160.BornBorn in Bramcote, Gratton previously helped internet bank Egg, while he also had a major role in First Direct. He set up Direct Valuations and took it on full-time in 2006, renaming it Shepherd Direct Limited. It has recently rebranded as SDL Group; it has trebled its turnover in two years to £60m and operates on property, agency, and financial services. It employs 460 staff across two units on the Chilwell industrial estate.

As a chief executive officer and founder of Paragon Interiors, Alan Hardy saw his firm named Company of the Year at the Nottingham Post Business Awards 2016. Based at Nottingham Business Park, the office fit-out specialist accepted the accolade shortly after winning the Sunday Times’ ‘best company to work for award.