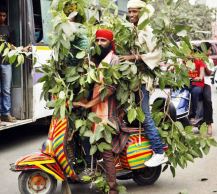 A policy cornerstone of every government in modern India, financial inclusion is the delivery of financial services in the ruraI areas and to the poor and marginalised sections at affordable costs – in other words, segments that banks would not normally serve had it not been for external regulations. It is a commonly accepted fact that the poor have a higher risk of financial problems due to an unstable stream of income, low savings and an unpredictable environment, all of which have a multiplier effect in times of emergency and personal exigency. With no social security programme in this country, they are left to fend for themselves. Barriers to finance for these sections include distance, lack of infrastructure, suitable and affordable products, and education. Financial inclusion, in some ways, can solve these problems by making them less dependent on loan sharks, usury, and other desperate measures, and also give them economic security. This is vital for them as well as for the nation’s inclusive growth. Financial inclusion initiatives can take various forms but in corporate India it is usually limited to providing basic financial services to the rural poor (the underserved segment), funding microfinance institutions and self-help groups (SHGs), and providing financial literacy.

It must be kept in mind that this set of customers is highly varied in itself, not to mention completely different from the urban, middle-class segment that banks typically prefer to cater to. Starting with their lack of a ‘proper’ credit history to the seasonality of their income and expenditures, standard financial solutions cannot be employed here. Also, depending on the type of work, the products have to be customised. A migrant labourer will have different requirements from a small farmer, who, in turn, won’t have the same needs as a landless farmer. The informal credit sector takes the lion’s share of the market in rural and backwards regions. Various studies have shown that it is the most socially oppressed groups like manual workers who have to rely on these sources.

In India, there have been several schemes initiated by the central and state governments for financial inclusion. In fact, it has been a mainstay of the country’s banking policy since decades and with a sizeable chunk of the population outside the formal financial system, it has become even more urgent to bring them into the fold. As per a 2015 Brookings Institution report, India accounts for 21 per cent of the world’s and 67 per cent of South Asia’s unbanked population. Just over half of the country’s 15 years+ population have bank accounts, according to the 2014 World Bank data – the figure is 79 per cent for China. About 15 per cent of the population have savings and a measly six per cent have borrowed from the formal credit sector. In response to these glaring disparities, the current government launched the Pradhan Mantri Jan-Dhan Yojana (PMJDY) in 2014 with the objective of enabling universal access to banking facilities. The main features of this programme include setting up of at least one basic banking account for every household, financial literacy, and access to credit, insurance, and pension facility. Although the jury is still out on its impact, it has been one of the more well-intentioned programmes on financial inclusion and is easily one of the largest in the world Page Design Pro.