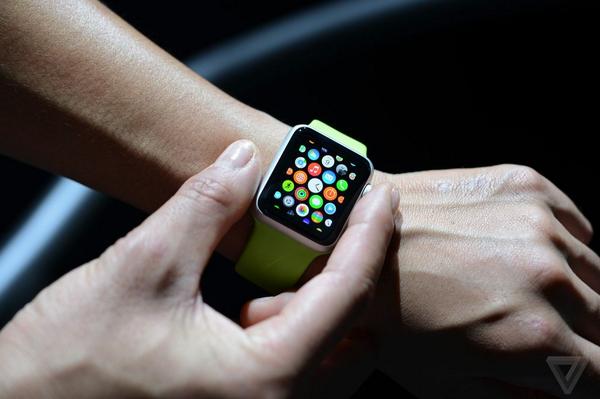 Health insurance giant Aetna plans to make the Apple Watch cheaper to its customers. The company announced a partnership with the tech titan on Tuesday to create health initiatives exclusive to iOS devices. As part of the program, Aetna will make the Apple Watch available to “select large employers and individual customers during open enrollment season” and plans to reduce “a significant portion” of the Apple Watch cost through monthly payroll deductions. Get the Apple Watch, in other words, and you’re eligible for a nice subsidy. Aetna will also distribute the Apple Watch for free to 50,000 employees, who will participate in the company’s “wellness reimbursement program.”

Aetna joins a long list of companies that have integrated wearables as part of their corporate wellness program. This year, Vitality, a lifestyle and wellness programs provider, announced a scheme where workers can purchase a $350 Apple Watch for $25 provided that they meet their exercise goals. Qantas Assure lets you choose between an Apple Watch and Qantas points if you purchase their “Qantas Assure Health Insurance Policy.” Insurance startup Oscar Health tracks steps from the iPhone Health app and gives people Amazon rewards-based meeting their step goals. In June this year, Fitbit announced its new corporate wellness service, building on its existing relationships with Fortune 500 companies, over 70 of which have reportedly adopted their programs.

The effectiveness of wearables on health and fitness, however, has come into question recently. A study investigating people who were aiming to lose weight found that those who wore fitness trackers lost less weight than those without. The Apple Watch 2 lacked certain popular fitness and health functionalities, although the company is reportedly working to fix this gap. Do Some Work.

This story originally stated Oscar Health also subsidized the purchase of an Apple Watch. It was Qantas Assure. The story has been updated to reflect this.