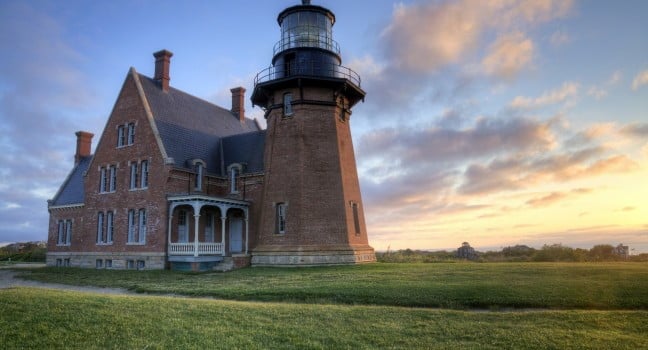 Newfoundland and Labrador are littered with lines. There are fishing lines, clotheslines, ancestral lines, beelines, code lines, lines laden with knitted woolens, and yarns of a humorous kind, but what you won’t find are long waiting lines.

The longest line I experienced on my recent trip to the island of Newfoundland was while waiting to get off the Atlantic Marine Ferry in Port aux Basques, after a six-hour journey from North Sydney, Nova Scotia. During the crossing, I met a trucker who regaled me with classic Newfie sayings such as “Stay where you’re too ’till I come where you’re at.” Their singular way with words is legendary. Even the names of their villages and towns can’t escape — Black Tickle, Come by Chance, Cow Head, Heart’s Desire, Dildo, and Nameless Cove. I mean, how can you not be enchanted before you even reach the Rock, as it is so fondly referred to? Newfoundland Labrador is the first province of Canada to see the sunrise and the last to join the Confederation in 1947.

For one week this summer, I drove 400 miles north along the western coastline highway with the ocean on the left and spruce forests and mountain ranges on the right — the Appalachian mountain chain, born in Alabama, ends its journey here. Before I arrived in Newfoundland, I was told to watch out for moose, as there are 120,000 of them. Newfoundlanders keep their “moose eyes” open just in case one or more of them decide to leap out in front of your car. I was wide-eyed, searching the sides of the road, both fearful and excited. Oddly enough, I saw only one, and he was a beauty. A family I met at lunch that day told me they had seen 13 on the same patch of highway … oh well.

What I did see were lighthouses. In Rose Blanche, just south of Port aux Basques, I visited one of the last granite lighthouses on the Atlantic seaboard, perched high above one of its most dramatically beautiful coasts. A few miles away, in Isle aux Morts (Isle of the Dead), the memory of the lighthouse keeper’s family’s heroic deed in 1828 is kept alive in annual celebrations. The Harvey family, including their Newfoundland dog, Hairy Man, rescued 163 sailors whose ships sank off their coast. It was here that I first noticed something unique to Newfoundland cemeteries — bright bouquets atop all the gravestones in such a joyous celebration of life, in seeming defiance of the very name of the village itself.

That afternoon I drove on to Gros Morne National Park, one of two UNESCO World Heritage Sites in Western Newfoundland. It is 1,120 square miles of mountains, bays, fjords, forests, and all the outdoor activities anyone could wish for. And to top all that, one of the few places on the planet where you can actually walk on the earth’s mantle — The Tablelands. After introducing the entire park at the impressive Parks Canada Discovery Center in Woody Point, I was guided to the flat, bare tabletop mountain by Cedric Davignon, a park’s interpreter. Cedric was a “Come From Away” (not born in the province) but converted to a “NBC” (Newfoundlander by choice). “It’s a big, beautiful, open, and wild landscape, and the people enjoy a different pace of life. You come here and make your own story,” he said. And what a storyteller he is. I learned about that rare earth’s mantle that rises about half a mile and runs for almost 10 miles while holding one of its 500 million-year-old rocks in my hand. Davignon’s enthusiasm for geology forced me to look at old rocks in an entirely new light.