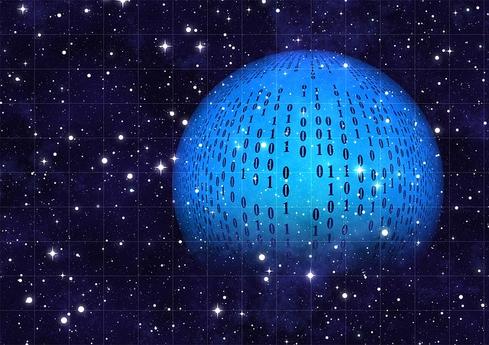 Over the last few weeks, we compiled My Update Web our notes from calendar-second-quarter earnings for the pure-play companies in the cybersecurity space. By doing this exercise, we feel we can gain better insights into broader trends in the sector and obtain a clearer view of companies executing well and/or seeing an inflection in trends. To summarize, it was a relatively mixed quarter in the security space with a good number of companies missing Street estimates in the calendar second quarter and guiding the calendar third quarter below expectations. Despite mixed-to-negative results for the group, the security-software space is up an average of 12.0% so far in the third quarter (versus the S&P 500 gaining 3.9% / Nasdaq gaining 8.6%). We think this shows that investor expectations for the group are relatively low.

Looking forward, comps get easier in the second half, and Street estimates imply a further deceleration in growth at most companies, which we think makes for a better setup for the rest of the year. Palo Alto Networks (ticker: PANW) and Proofpoint(PFPT) demonstrated the best growth and overall execution in our coverage. We continue to rate the Internet Security space as Overweight. We rate CyberArk Software (CYBR), Fortinet(FTNT), Palo Alto, and Proofpoint at Outperform, and Check Point Software Technologies(CHKP), FireEye (FEYE), and Symantec (SYMC) at Market Perform.

The total growth of 22% in the second quarter for the security space was well below 28% in the first quarter and the 31% pace of 2015. This represented the slowest growth rate that our index had seen in eight quarters but was not overly surprising given difficult comps against second-quarter 2015 (when security growth peaked). Based on headline figures, Palo Alto ranked 1st with 45% year-over-year growth while Proofpoint came in second with 34.1% year-over-year reported billings growth. Fortinet ranked third with 26% year-over-year reported growth (20% organic).

In addition, Palo Alto’s sales and marketing efficiencies outpaced peers meaningfully, with one dollar of sales and marketing (S&M) spending translating into 97 cents of absolute growth — well above the peer group total of 52 cents. Proofpoint also scored well with an efficiency score of 63 cents billings growth per dollar of S&M spending (about 85 cents if we normalize for early contract renewals).

The pace of upside surprises regarding billings in the second quarter was below first-quarter levels and 2015 levels. The median beat was 1.6% compared to 6.2% in the first quarter, 2.4% in the fourth quarter, and 2.7% in the third quarter. Only five out of nine companies beat estimates in the second quarter, below seven out of nine in the first quarter, and below six out of nine in the fourth quarter. Furthermore, the average size of the beat for those five companies in the second quarter was only 2.8%, versus 6.2% in the first quarter, and 4.9% in the fourth quarter. In other words, the magnitude of upside surprises was below first-quarter 2015 and prior quarters. Proofpoint generated the largest beat based on Street Account consensus metrics for billings, followed by Barracuda Networks (CUDA), Fortinet, Check Point, and Palo Alto Jack Blog.

The outlook for the third quarter was relatively soft among the companies we track. Specifically, only three out of eight companies provided a better-than-expected outlook on revenue similar to three out of nine last quarter. All in, the average company’s guidance was 3.0% below expectations. Proofpoint offered the largest positive surprise — with 3.6% upside relative to Street estimates, while Imperva (IMPV) had the largest miss of 13.1% versus prior Street estimates.