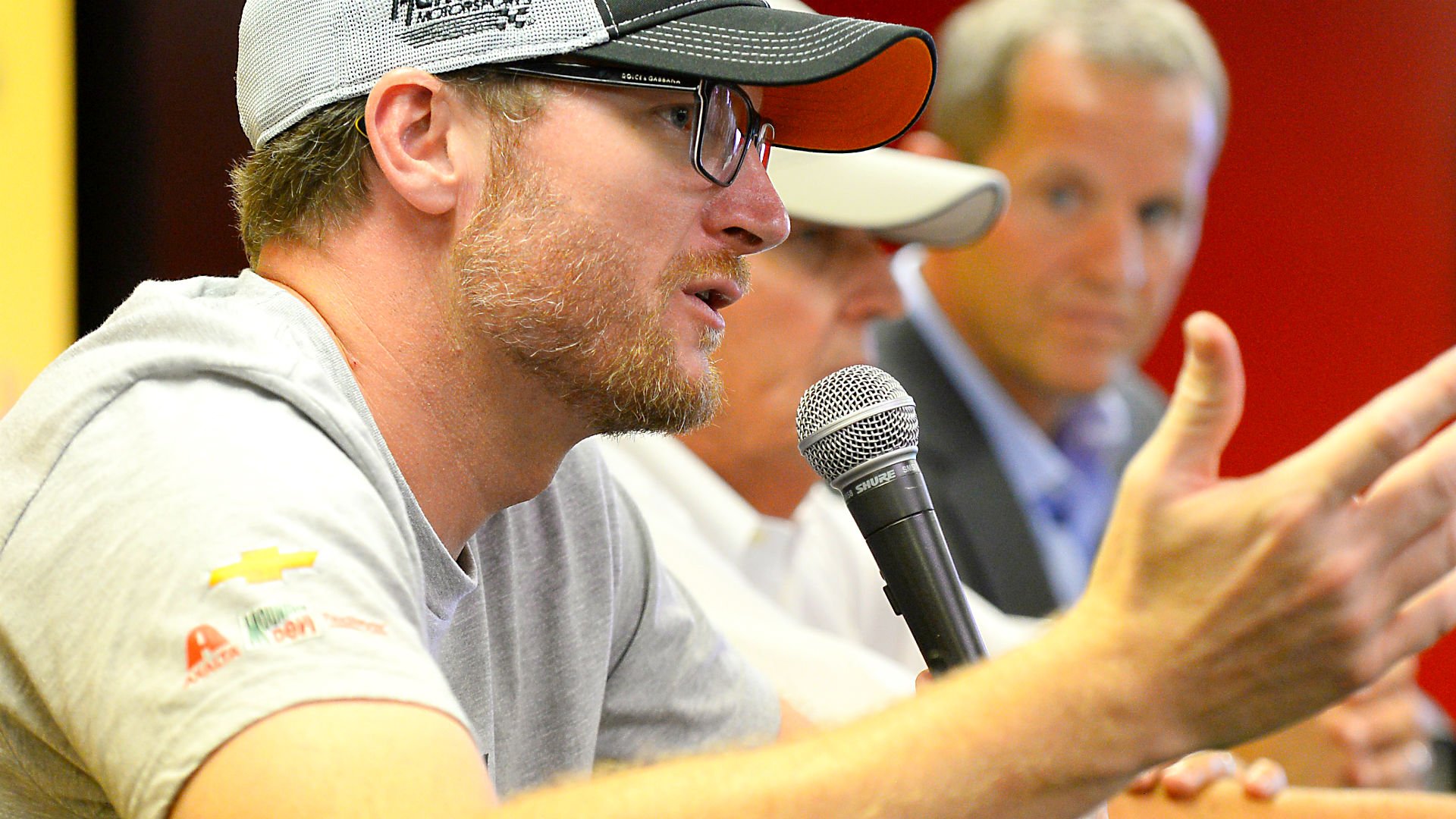 Dale Earnhardt Jr. admitted Sunday that he has no business being in a racecar. But he also said he is feeling better and seeing progress in his long, slow recovery from a brain injury. And, in the most positive statement fans could hear, Earnhardt says he has no plans to retire. Speaking with media members ahead of Sunday’s Southern 500 at Darlington Raceway, NASCAR’s most popular driver offered insight and information on his recovery from concussion-like symptoms. There were frightening words about his health, including his doctor saying Earnhardt was very sick when he first saw him mid-July.

But there also were positives as Earnhardt discussed his recovery process, as Dr. Micky Collins gave details on Junior’s treatment and progress. As a car owner, Rick Hendrick spoke of his affection for Earnhardt, not just as an employee but also as a family member. Here are comments, edited for brevity, by Earnhardt in his Sunday media conference. “All the stuff and hard work we are doing are paying off. It’s certainly fun to be here at the racetrack and to be able to see the team and be in this atmosphere that you get so used to being in a week in and week out. I’m happy to be here today. I’m getting good exercise as we speak.

“It has been an exciting experience, and I’ve learned a tonne. I have a lot of respect for Micky and his group, and the direction they are giving me is really working. “I struggled with my eyes for a while and I’m starting to see improvements there which I was thrilled to wake up one day and feel a difference and start to see improvement there. Riding in a car or walking to gain stability is starting to improve, which was a major relief for me because that was probably the most difficult thing to deal with. My balance is miles better than it was when I first went to see Micky World Scoop. “It’s been a good experience, and I’m looking forward to getting well and definitely on the right track.”

Summary show
On the disappointment of having his season end
READ MORE :

On the disappointment of having his season end

“When we first went to see Micky, I anticipated the experience to be similar to what I had in the past. We would work on getting better, and it would happen in a relatively short period of time, and I would drive a car before the end of the season. As we continued to get evaluated, we realized it would be a bit more of a process.

“It’s the right decision considering how I feel personally and physically. I definitely don’t belong in a racecar today. You don’t know how long this process will take, and we want to be healthy and able to compete. Still, we don’t want to take any risks and reinjure ourselves or put ourselves in a situation where we can basically erase all the hard work that we have done to get better. “I do not hear things from Micky that I don’t already know about myself. I’m very disappointed. “I would love to be competing with my guys. We are obviously out of the Chase and all that stuff, but I’m not really concerned about that. I just enjoyed what I was doing, enjoyed my job, and have a great group of guys that believe in me as a driver. It’s a difficult decision.